Of ghosts and literary agents

Earlier this month, I took a huge step toward the realization of a long-sought dream.

It felt like stepping off a cliff into nothingness. No safety net. No surety of anything but the fact I'd finally done it.

I started sending queries to literary agents to find representation for my completed manuscript.

In other words, I’m looking for a professional who can sell The Book.

That’s what I’ve been calling it. Definitely upper case. The Book is an entity that practically occupies a seat at the table at our house. The Farmer calls it That Book. As in, "Aren't you done writing That Book yet?" or "When are you going to publish That Book?"

The Book has occupied more of my waking (and sleeping) thoughts for the last few years than is probably healthy.

The Book is the paper and ink equivalent of a living, breathing dream.

I’ve always been a story teller. I was the weird kid in elementary school who wrote stories and read them to the class. My teachers humored me. They probably wondered what was wrong with me. I grew up and kept writing stories, only now they're called weekly newspaper columns. There's still probably something wrong with me.

We didn’t have a television at our house until I was in junior high. My parents weren’t against television – they just never bothered to get one.

So I read. I read a lot. I read anything I could get my hands on. And I dreamed that maybe someday I would write a book that others could read and find as much enjoyment as I did when I discovered a new title by a favorite author.

There were a lot of false starts, timid forays and retreats when confronted with too much white space and a defiantly blinking cursor on the screen. About five years ago (which oddly coincided with Banner’s arrival in my life, although I don’t think there’s a connection) I decided it was time to get serious about writing The Book. This was the same time the wheels started to fall off the newspaper industry. The bolts had been loose before but now the wheels were careening off with regularity. I had some vague notion of writing a best seller to escape from the drudgery of watching co-workers being eliminated, then having their workload land on my desk. I've achieved this, to a degree. Like fishing and catching, there's a great deal of difference between writing and publishing. 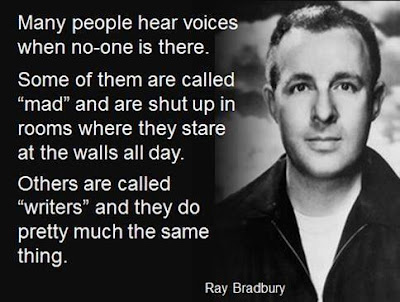 It was rough going at first.

It’s one thing to have a twisty plot, fascinatingly developed characters, edgy dialogue and heart-stopping action scenes in your head.

But open up a blank Word document, poise your fingers over the keys and what comes out sounds something like, “The ghost said boo.”

I kept at it. I had no idea what it took to write a novel. The best thing about being a newbie wannabe author is that since I had no idea if I was doing things wrong or right, I just charged ahead with little concern for literary convention.

I explored some other writing venues. I stumbled by pure accident into a group of wonderful writers who shared a common interest (obsession would be a better word) and I started writing and sharing with them. The subject had nothing to do with my dreams for The Book. It was pure escapism entertainment and I discovered I really liked writing that wasn’t school board stories or features about women who knitted scarves for trees. Writing became recreational, a hobby of sorts, which unlike my other hobbies, cost absolutely nothing except mental frustration.

I’d love to say the more I wrote, the better I got, but I’m not sure that’s true. I juggled multiple writing projects at once. I shared some with an online community of like-minded writers. I tried out a couple of different genres.

I developed a lot of writing habits, some good, some just plain odd. I wrote almost every day. Maybe for twenty minutes. Maybe for two hours. I carried a notebook with me everywhere because there was no telling when inspiration would appear. I occasionally got out of bed in the middle of the night to write down a bit of clever dialogue or plot twist when I woke with it running through my mind. There was no guarantee my scribbles would make sense in the morning but even cryptic notes are better than nothing.

I wrote the kind of book I want to read. The main genre is mystery. The sub-genre is a paranormal mystery. Yes, there is a ghost. No, it does not say boo. It does say a few other things. There’s a protagonist who feels like the universe is having a grand joke at her expense when her house blows up on the same day her divorce is finalized. She has a dog. Yes, it’s a Belgian Malinois. No, it’s not Phoenix. Although Phoenix was certainly a source of inspiration. There's a wonderful old farmstead, an assortment of eccentric friends, a tall, dark and intriguing neighbor and The Evil Villain.

It’s set in Iowa. It's the first of a series. Yes, I know I haven't sold the first book yet. It never hurts to dream. And the second book is written, in any case. 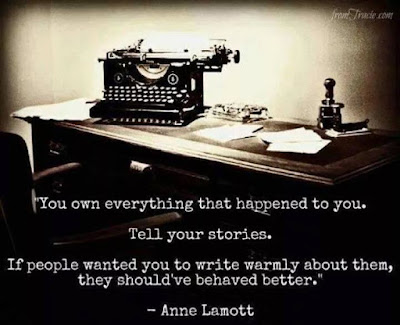 Are you in it? Do you know me? Well, then there’s a substantial possibility that there is a character in The Book that might have been crafted to reflect just the tiniest bit of you. Don't lose sleep over it. Ha-ha.

So when can you read it?

Don’t rush to Barnes and Noble yet.

This agent-querying process is a painstaking, gut-wrenching, soul-baring marathon. Seriously, writing The Book was easier. I spent most of my spare time in July and August writing a query letter (Dear Ms. Literary Agent, here is why you should represent my brilliantly crafted book!) with help from a mentor through the Mystery Writers of America.

I also slogged through a synopsis (possibly the most hateful document in the world of publishing), a writer’s bio (surviving 30-plus years in print journalism hasn’t been for nothing) and a pitch.

I’m feeling a bit spiteful about the pitch. I spent days crafting it, reading it aloud and timing verbal delivery on my phone. Only one of 12 agents even requested it and that one had the audacity to request it in one sentence.

I know why Hemingway drank.

If you just happen to be besties with a literary agent who represents paranormal mysteries, is looking for new clients and likes coaching first-time authors, please refer me to him/her and I’ll be eternally in your debt.