A recent odd experience (because I don’t seem to have any other kind) made me think about how the idea of socializing our dogs has changed over the years.

Over the weekend, I took baby Raider to one of those big sporting goods stores that lets folks bring their dogs with them while they shop for Ranger bass boats and absurdly overpriced women’s sportswear. Raid thought this was super cool (in light of full disclosure, he thinks cat butts and dirty socks are also super cool). We had a grand old time. We worked through the women’s wear, the cabin-kitsch home décor and looked at the great big fish swimming in the floor to ceiling aquarium.

All the while, there was a lot of cheese involved and random sits and downs and hand touches and get-ins. I was proud of my baby dog. He’d never experienced retail therapy before and wasn't at all intimidated by the bustling, six-weeks-until-Christmas shopping environment.

His biggest challenge was wanting to greet every person he saw like he was a politician hot on the campaign trail. Left to his own devices, he’d have been kissing babies (and everyone else) whether they wanted to be kissed or not.

I kept him on a short leash. The general shopping public is unprepared for the reality that is Raider and we were not there so he could maul every person who cooed, “Oh what a darling puppy!” or some such nonsense. Darling puppy, my sweet aunt. I could list the offenses he has committed that do not fall under the “Darling” category but none of us have that much time.

And then we met The Most Annoying Man in the World sauntering through the store with his older German Shepherd Dog plodding sedately along at his side. He spied Raid and called, “Would your puppy like to make a new friend?”

Um. No. I declined politely, stupidly expecting him to get a clue like the two dozen people we’d already met who smiled and commented and sensibly moved on when it became clear Raid and I had our own agenda. 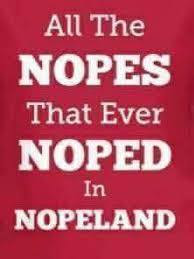 But it was not to be. Annoying Man launched into a long-winded assurance about how my puppy didn’t need to be afraid because the GDS wouldn’t hurt him.

Guess he missed the absolute joie de vivre radiating off my absurdly fearless puppy, who had figured out this gig somewhere between the racks of pre-Black Friday sales flannel shirts and the discounted fishing tackle boxes and was happily butt-wiggling and giving me incredible eye contact in return for cheese.

He also missed the reality that Raid is a 7-month-old, 40-pound, spring-loaded projectile without a great deal of good sense. Aside from the fact we were there to specifically practice NOT interacting with everyone he saw, I was afraid he would do something reckless and break the Annoying Man’s placid, geriatric dog. Who by the way, showed zero desire to meet Raider. I didn’t blame him. It was clear who had the brains in that outfit.

Annoying Man then proceeded to mansplain (which is totally a word now, my spell check didn’t even red flag it) about how puppies need to meet other dogs so they don’t grow up to be afraid.

Someone should have given me a cookie for keeping my mouth shut. 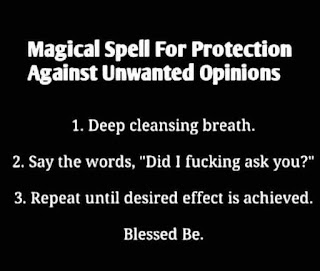 When I got my first Tervuren (before the turn of the century. Literally.) I don’t remember taking any special steps to socialize her. I doubt I even knew what that was. She went to my 4-H club dog training classes and then to dog shows and she did fine.

My first sheltie was another story. I tried to socialize him but he wasn’t having it. Jesse was scared of everything and everyone except me. Oddly, he totally loved the showring spotlight so except for the five seconds when the judge touched him for the stand exercises, he did fine.

Sheltie number two was subjected to more rigorous socialization protocol. Puppy class. Pass-the-puppy. Puppy play-time. Lots of time in parks, finding people to pet the puppy. Connor tolerated this with good grace and was happy to trade pets for cookies. He liked people well enough and he was a go-with-the-flow kind of guy, so he did fine.

By the time my next Tervuren arrived, I was a pro at puppy socializing. Inflict as many people as possible on the puppy in the shortest amount of time possible because everyone knew if your puppy wasn’t totally fine with every sight, sound, smell, surface, light, flavor and hot air balloons launching unexpectedly while you are training (don’t laugh, it happened) by the time he was six months old, he would never amount to anything.

Well. The Tervuren standard mentions the word “aloof” something like 437 times and Jamie took it seriously. He was a firm believer in stranger danger and nothing was going to change that. He had a small circle of human friends who he adored and the rest of the world could go take a hike. He tolerated strangers petting him and viewed judges as odd but harmless. In reality, he had lovely, wonderful, perfect Tervuren temperament in spite of my attempts to turn him into a golden retriever.

When Malinois Phoenix and I made one another’s acquaintance, I’ll never forget him marching into the Portland International Airport, head up, ears up, tail up, the poster child for canine confidence, thanks to his breeder’s puppy program that prepared him to meet the Big Wide World. And his own badass attitude. Although we took the requisite puppy kindergarten class, complete with puppy passing and puppy playtime, I can’t say it was money well spent.

By now, I was starting to question why I would encourage my dog—whose job was to play games with ME, where I needed to be center of his attention in order to succeed—to have such an external focus that I was reduced to only being the chauffeur who held the leash and picked up poop.

My first Aussie, Banner, came with a dance card he couldn’t wait to fill. A party-boy at heart, he shared none of the Belgians’ reluctance to mingle with the unwashed masses. While I took him to a puppy class, I found myself on the sidelines more often than not, working attention and interaction games while the rest of the class enjoyed free-for-alls with puppies who didn’t know their names, let alone how to come when they were called. In the instructor’s defense, it was a home obedience type of class, not one geared toward competitive dog sports. I'd enrolled Bann because it was the only class available at the time and some part of me clung to the old adage that he “needed to be socialized.”

The years passed and when Raider arrived this spring, my definition of socializing had changed dramatically. We did not go to puppy class. We did not find dogs he “needed” to play with. I did not go in search of men, women and children to pet my dog. While I wanted him to experience new places, weird flooring, odd smells, loud noises, chaotic environments and random hot air balloons, I wanted him to experience them with ME as his wingman and on his own terms—explore it or observe it, not be forced into it. There was no need to pass the puppy or collect at list of “100 People in 100 Days” who had met my dog.

The dog sport community as a whole has made the sensible shift toward socializing becoming less about puppies being forced to interact with every aspect of their world on their own to experiencing that world at their own pace with their human partner.

Flash back to the weekend’s adventure at the sporting goods store. Most Annoying Man informed me he was a dog trainer and would be glad to help me if I was having any problems. By then I was rolling my eyes so loud they probably heard me in the parking lot. I refrained from asking his thoughts on fixing a recurring drop signal problem on a burned out UDX dog or whether he thought I should be insisting on heads up heeling or let it go if the dog was clearly working with focus. But I kept my mouth shut. Seriously. Santa had better be paying attention.

Walking away, I was feeling really good about Raider’s behavior that afternoon until he nearly yanked the leash out of my hand in a rush to greet . . . a mannequin.

Posted by Melinda Wichmann at November 17, 2021